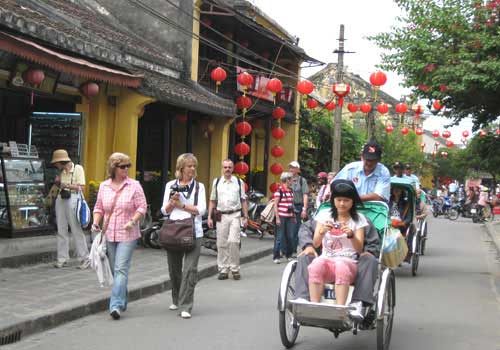 Welcoming approximately 6 million foreign visitors every year, Vietnam ranks 41st on the list of the most popular countries in the world to visit.

It stands just behind Japan with 6.2 million and ahead of Australia, 5.9 million; Argentina, 5.7 million; and Brazil, 5.4 million.

France is the world’s biggest tourist destination, receiving more than 81.4 million visitors, or nearly 20 million more than the US, even though the latter is over 15 times the size of the former.

According to statistics from the General Statistics Office (GSO), t he number of foreign visitors to Vietnam in February rose 8.48 percent from last month and 47.6 percent against the same period last year.

In the first two months, 1.6 million foreigners arrived in the country, posting a year-on-year increase of 33.4 percent.