Hoi An Bridge Pagoda on the VND20,000 banknote 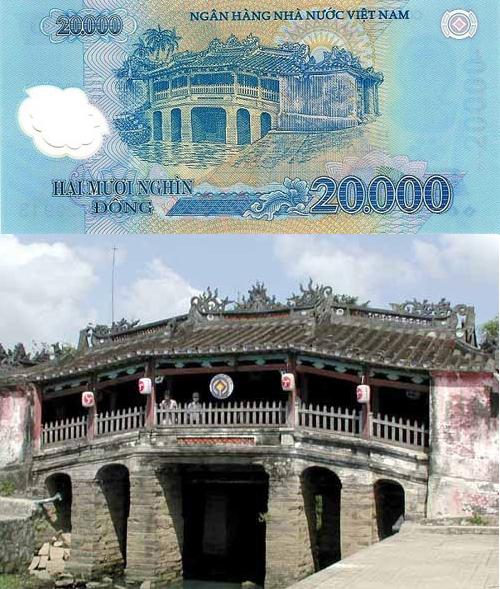 Hoi An – the World Cultural Heritage – with the iconic image of Pagoda Bridge has been known worldwide. The time of construction of the ancient bridge in Hoi An has not been clearly defined. In old documents of Vietnam, the name of the bridge was Nhat Ban Kieu or Japanese Bridge and that name was founding 1617, meaning that the bridge might be built before that year.

According to legend, in the ocean there was a sea monster called Mamazu by the Japanese. Its head was in Japan, in body was in India and its tail stretched through Hoi An. Every time the monster wriggled its body, earthquake occurred in Japan and Hoi An was not peaceful.

To control the Mamazu, Japanese people worshiped Monkey and the Dog deities on the two heads of the bridge. The Chinese also built a small temple adjacent to the bridge to worship Bac De Chan Vo for the purpose of controlling earthquakes.

The bridge is considered as a sword stabbing into the monster’s back, to hinder it from wriggling its tail to cause earthquakes. In 1653, a pagoda was built on the bridge and since then it has been called Chua Cau or Bridge Pagoda. 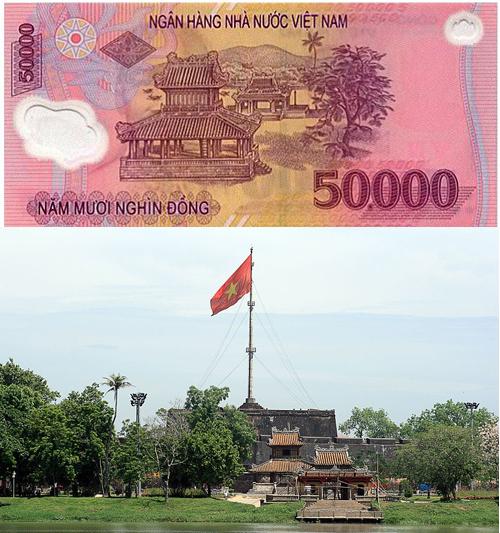 Located on the bank of the Perfume River in Hue City, Nghinh Luong Dinh (Nghinh Luong Pavillion) is a place where the kings of the Nguyen Dynasty took the air and enjoyed the view of the river.

Not far away, Phu Van Lau was built in 1819 under the reign of King Gia Long. It was used as a place for listing the important edicts of the king and the court or the results of the examinations held by the court.

Phu Van Lau is a two-story house, facing south. Under the reign of King Minh Mang, two stone steles carving four words “khuynh cai ha ma”, meaning that anyone who passes this house must take off his hat and get off the horse. King Thieu Tri considered Phu Van Lau and the Perfume River as one of the 20 scenic places in Hue. 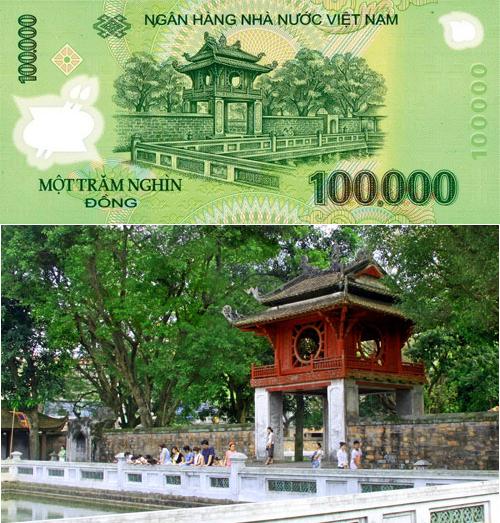 As the representative image for the entire Van Mieu – Quoc Tu Giam, Khue Van Cac (Constellation of Literature Pavilion) was built in 1805. It is built on four white-washed stone stilts. At the top is a red-colored pavilion with two circular windows and an elaborate roof. Inside, a bronze bell hangs from the ceiling to be rung on auspicious occasions.

Van Mieu-Quoc Tu Giam or The Temple of Literature is a temple of Confucius in Hanoi. The temple hosts the “Imperial Academy,” Vietnam’s first national university. The temple was built in 1070 at the time of King Ly Nhan Tong. It is one of several temples in Vietnam which are dedicated to Confucius, sages and scholars. It is one of 23 special national monuments. 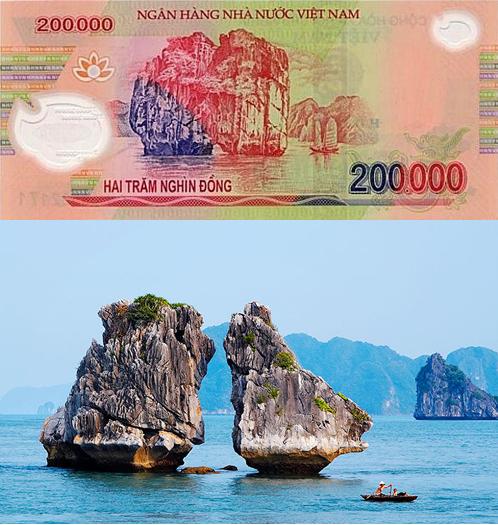 Ha Long Bay in Quang Ninh province has been repeatedly recognized by the UNESCO as a natural heritage of the world with thousands of islands made up by the creation. Ha Long Bay has magnificent landscapes and it is a very attractive tourist destination of Vietnam.

Ha Long Bay is a unique heritage because this area contains important traces in the formation and development of the Earth’s history. It is also the cradle of the ancient Vietnamese people.

The Bay is also the great artwork of the nature, with thousands of islands and many caves, making a vivid and mysterious world.

Ha Long Bay is also home to thousands of animal and plant species. It is also associated with the country’s cultural-historical values.

The cottage of President Ho Chi Minh’s family in Sen Village on the VND500,000 banknotes 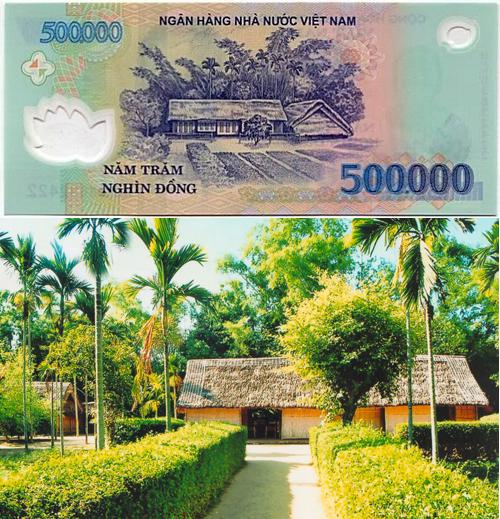 Anyone recognizes the simple house of President Ho Chi Minh’s childhood on the VND500,000 banknotes.

The cottage is located in Sen village of Kim Lien commune, Nam Dan district, Nghe An province, about 15km from Vinh City.