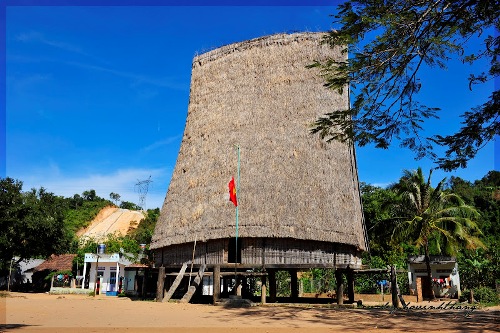 Upon arrival at Tan Son Nhat Airport our guide who will accompany you to your hotel will welcome you. Ho Chi Minh City, still called Saigon by many locals, is a center of commerce, finance, culture and tourism in Vietnam. This bustling metropolis, contradiction of its northern counterpart, is crowded with bikes and motorbikes, excited by numerous shopping area and sidewalk cafe. ( If time permits) we stroll around the down town to explore the different local ways of life.

Cu Chi Tunnels, located, in part, directly beneath HQ of the 25th Infantry Division. It was from the Cu Chi tunnels that Saigon was attacked at Tet, 1968. Opportunity to crawl into the tunnels (bring your flashlight). Also, we will visit the “Holy See” of the Cao Dai religion, their fantastic art deco temple and compound with its formal gardens. Observe the worship service, view murals of the history and theology of this unusual religion. This is a religion found only in Vietnam, the third most popular religion there. The Cao Dai were a paramilitary force in combating the French, and when they were defeated by ARVN forces under the Diem presidency they brought their army into alliance with the South Vietnamese government.
Back to Saigon for dinner.

Set off early in the morning to the town of Cai Be which is well-known for its floating market. On arrival in Cai Be, take a motor boat to visit the floating market and watch the locals trading fruit and many other commodities on their vessels. Keep cruising to Vinh Long through a series of small canals to experience the charms of the Upper Mekong Delta. Stop at a Bonsai Gardener’s home for a fabulous lunch including the signature dish of “Deep fried Elephant ear fish”. Enjoy the lunch served in the heart of the garden accompanied by traditional southern Vietnamese folk music. Towards the end of the day, arrive in Can Tho and spend a night here.

After having breakfast at the hotel, transfer to Ninh Kieu boat quay.

From there, get to Cai Rang floating market, the nicest one with heaps of rowing boats loaded with fruits, vegetables and kinds of fish, by cruising along small and picturesque tributaries, wallow yourself in the beautiful scenery, the local daily life is ahead ready for you to capture. Roam through the village to visit a rice husking mill and a rice noodles making shop, discover the daily life of Vietnamese people in Mekong Delta. A lovely lunch awaits you at a good local restaurant before we head back to Ho Chi Minh City.

After breakfast, we embark on a tour of the city including Cholon – home to Saigon’s substantial Chinese population and also is the site for the largest market in Vietnam, the Binh Tay market, the War Remnants museum where wealth of images from wars are stored and exposed, and the Reunification Palace – the former residence of the President of South Vietnam until April 30th 1975. Close to the Palace some of the best examples of French colonial architecture are represented in the forms of Notre Dame Cathedral and the Central Post Office. The ornate Notre Dame Cathedral dominates the business centre of town. Built by the French between 1877 and 1883, the stone used to create it was exported in its entirety from France. Next to the cathedral stands the Central Post Office, finished in 1891. For all its French colonial history, Ho Chi Minh City is by far and away Vietnam’s most modern city. It has numerous shopping malls, cinemas, discotheques and a bewildering number of bars and this evening we will have the opportunity to see just what the city has to offer at nighttime 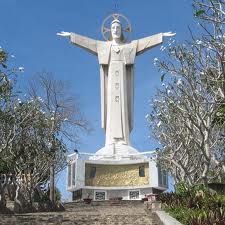 Today we take off for R&R. It’s a good thing we are because we’ve been keeping up a hectic pace. Drive to Vung Tau, the biggest in-country R&R Center in country. On the way, Di An, Bien Hoa, Long Binh, and Ben Cat. Opportunity for swimming on the not-so-great but very popular beaches. We will stay at a classic hotel, the Canadian. Places of interest: Villa Blanche, mountaintop Jesus, Light House, Niet Ban Tinh Xa Pagoda.

Days 9 and 10: Buon Me Thuat – Plei ku – Kon Tum (B,L)
Drive northward through the highlands to Pleiku and Kontum. Kontum was the site of a major battle at Easter, 1972. Opportunity to visit several Montagnard villages. Overnights at Dakbla Hotel in Kontum. Explore areas from Pleime to Dak To including site of Battle of Ia Drang and NVA retreat route past LZs Albany and X-Ray, and Rocket Ridge named for the many B52 bomb craters.

Drive northward through the highlands to Pleiku and Kontum. Kontum was the site of a major battle at Easter, 1972. Opportunity to visit several Montagnard villages. Overnights at Dakbla Hotel in Kontum. Explore areas from Pleime to Dak To including site of Battle of Ia Drang and NVA retreat route past LZs Albany and X-Ray, and Rocket Ridge named for the many B52 bomb craters. 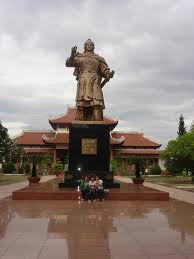 Drive from Kontum to Qui Nhon, supply depot of the first Log Command, via An Khe, a major military area where you could find the First Air Cav among other units. Stop at Quang Trung Museum at Tay Son. Qui Nhon also was an R&R location with the Red Beach Recreation Area. Great beaches. Swimming and city tour

Drive to Quang Ngai. See the petroleum farm and ammunition dump near Qui Nhon. Along the way are Phu Cat Airbase, Bong Son and Duc Pho.

Significant sites are in store for you today. My Lai (Son My) Massacre Memorial. Chu Lai, Tam Ky, Hoi An, and Da Nang.

Drive to Hue over the Hai Van Pass. Stop at Red Beach where the first

U.S. combat marines landed in 1965. Upon arrival, check into the Huong Giang Hotel. Sights for today are the Citadel and Flag Tower, location of the strongest stand by the VC during Tet, 1968.

Day 16: Hue  (B,L)
Cruise on the Perfume River to the Thien Mu Pagoda,

oldest and most important Buddhist shrine in Vietnam. Here you will see the Austin driven by the monk to his immolation in Saigon to protest the anti-Buddhist repression of President Ngo Dinh Diem. Continue your cruise to the mausoleum complex of Emperor Minh Mang and then visit tombs of Emperors Tu Duc and Khai Dinh.

Fire Support Base Nancy (258th M.C. Brigade); continue to battle site of Quang Tri. Next pass Ai Tu Combat Base and Airfield of the 3rd ARVN Div. HQ. Next reach Dong Ha and enter Leatherneck Square bounded by Con Thien, Gio Linh, Dong Ha, and Cam Lo and recall Operation Buffalo. Continue up Highway 1 across the Hien Luong Bridge over the Ben Hai River which demarcated North and South Vietnam. Visit the Doc Mieu Base in the DMZ, the infamous Vinh Moc Tunnels, and the North Vietnamese National Cemetery. Before returning to Dong Ha for the night, visit Con Thien Fire Support Base.

Dong Ha to Khe Sanh and return to Hue. Ride parallel to the DMZ along Route 9 to Khe Sanh. Pass a series of fire support bases and the Rockpile and the Da Krong Bridge. Tour Khe Sanh Base, a French fort, battle sites and military camps. Overnight train ride to Hanoi.

Day 19: Hanoi City Tour (B,L)
Your train will arrive in Hanoi where you will 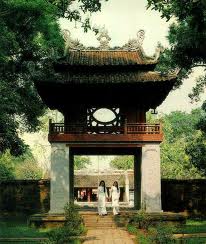 see the city that was bombed by American B-52s. View “Uncle Ho” preserved under glass in his mausoleum. Visit Ho Chi Minh’s house on stilts, the Ho Chi Minh Museum, and the Temple of Literature (Oldest University in Vietnam and shrine to Confucius). Evening performance in water puppet theater.